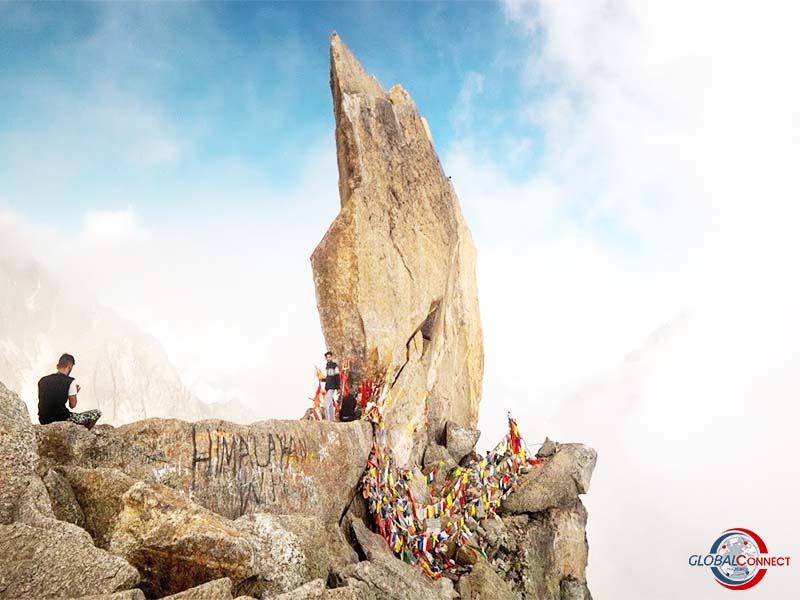 Information About Kinnaur Kailash – Kinnaur Kailash / Kinner Kailash is a border tribal district of Himachal Pradesh of Northern State of India. It lies 250 km away from Shimla and is located on the Hindustan Tibet Road. Also, It bounded by Tibet on the east, Garhwal Himalaya trek on the south, Spiti Valley on the north, and Kullu on the west. The Sutlej River, which rises on the southern slopes of the Kailash Parvat region near Mansarovar in Tibet flows through the Kinnaur valley which provides charm to the area. Kinnaur Kailash is in between the three largest mountain valleys like Zanskar, Himalayan, and Dhauladhar. Mount Kinnaur Kailash dominates all these according to its height. Its height is around (6’050 meters) which is the peak.

The Kinnaur Kailash locally called Kinner Kailash has located in the height of 6050 meters and famous as one of the most challenging treks in the Indian Himalayan region. Also, in The most scenic and outmost regions of Himachal, located close to the Indo-Tibetan border, Kinnaur is home to the sacred Mt. Kinner Kailash, one among Panch Kailash sites. It considered a sacred site by both Hindu and Buddhist Kinnauris. Considered to be one of the mythical abodes of Lord Shiva, Kinnaur holds a great religious significance for devotees of Lord Shiva as Mt.Kinner Kailash is the area that claims of housing a 79 ft. tall Shiv Linga that fluctuates its color for every moment. This is one of the mythical abodes of Lord Shiva and the circuit around the whole range fascinates many pilgrims every year.

Due to the valley’s closeness to Tibet, one can find a unique combination of Hinduism and Buddhism cultures. The pagoda style of architecture and monasteries are common in this area. Also, While trekking you will see nature’s beautiful creations, hanging glaciers, apple orchards, stones, high hills, and many more things which will really adventure. Sometimes big water streams come over to you and you will feel like heaven.

Weather: During Summer, the climate ranges from 12°C to 25°C, and during Winter, the climatic conditions will lies between 1°C to 8°C.

National Highways – 22 is the most convenient communication network to Kinnaur. For those who can afford it, jeep and taxies are the best way to go to Kinnaur. In the alternative, take one-way taxis to Kalpa or Reckong Peo and hire other taxis locally as and when needed. Buses ply regularly, except in winter and early spring when road conditions often impose long breaks.

Himachal Pradesh Transport Corporation runs a number of buses to different parts of Kinnaur. There is one direct service from Shimla to Kaza plying on the Satluj valley route, which takes 24 hours. In Kinnaur, at least four bus routes connect Reckong Peo with Shimla every day and other services go to Nichar, Sangla, and Pooh.

Volvo, Himachal state-run buses, Delhi tourism buses, and taxis can be directly hired from Delhi and Chandigarh up till Shimla or even directly to Chail. Further, a cab can be availed to reach Thangi.

The nearest airport is located in Shimla, there much a direct flight from Delhi and Chandigarh Airport. Buses and taxis can easily opt from Shimla Airport to reach Chail.

There is no Rail service to Kinnaur and the nearest Railway Station at Shimla is connected by a narrow-gauge line from Kalka (96Km.) Kalka is the nearest railway station connected through Delhi and Chandigarh railway stations, which will take 5 – 6 hours of journey. Then one can opt for local buses or taxis to reach Chail or Shimla.