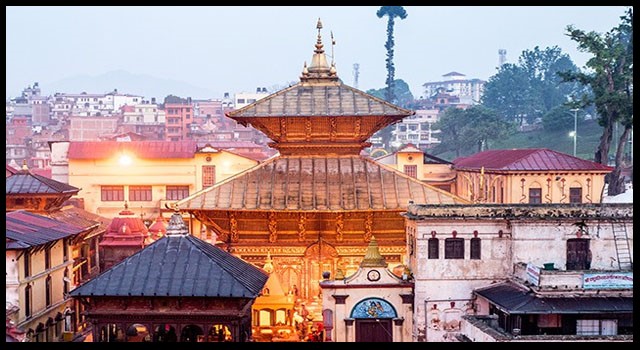 Pashupatinath is one of the four most significant religious sites in Asia for devotees of Shiva. Built-in the 5th century and later renovated by Malla kings, the site said to have existed from the beginning of the millennium when a Shiva lingam discovered here. Temples dedicated to several other Hindu and Buddhist deities surround the temple of Pashupatinath. Annually, more than thousands of devotes get the blessing of the god after coming to the Holy Shrine. The Yatra/Tour to this is temple tour is said to be the journey of salvation.

For Group enquiry please call us or send an email for a better discount.

Holy Pashupatinath Temple is one of the most sacred Hindu sanctuaries in Nepal – Pashupatinath Temple is situated on the two banks of Bagmati River on the eastern edges of Kathmandu. Pashupatinath is the most significant sanctuary devoted to god Shiva. Consistently this sanctuary pulls in a huge number of Hindu travelers. They touch base here to discover cover throughout the previous a little while of their lives, to meet demise, be incinerated on the banks of the stream, and travel their last adventure with the waters of the holy waterway Bagmati, which later meets the blessed stream the Ganges.