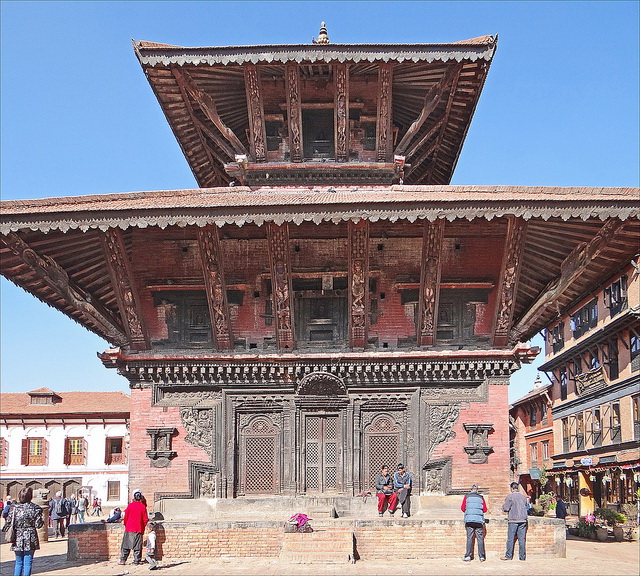 Pashupatinath Temple is one of the holiest Hindu temples in Nepal. This holy Temple is situated on both banks of Bagmati River on the eastern outskirts of Kathmandu. Pashupatinath is the most important temple where devotees worship Lord Shiva in his Pashupati Avatar.

Every year this temple attracts thousands of Hindu pilgrims. They arrive here to find shelter for the last several weeks of their lives, to meet death and to get the holy cremation on the banks of the river and complete their last journey with the waters of the sacred river Bagmati, which later meets the holy river the Ganges. As per belief, those who die in Pashupatinath Temple are reborn as a human, regardless of any misconduct that could worsen their karma. Astrologers of the temple predict the exact day of their death. If you want to feel those places where the spirit of death are, then consider Pashupatinath as your first destination.

It is a temple having the special atmosphere of death; death is present in almost every ritual and every corner of it. The construction of the original version of the temple in 400 AD. However, Termites destroyed the temple, but later on, reconstruction took place. Pashupatinath means the lord of all animals. Why Shiva got this name, has really a very auspicious story behind it. Therefore, having a visit to this temple will not only wash out all your sin but also you will feel the endless positive energy.

Lord Shiva took the avatar of Pashupatinath to destroy Tripura. Demon Mayasur had created the three cities that were combinedly known as Tripura. The evil power got so much stronger here than it was affecting the world. Therefore, Lord Shiva decided to destroy this temple. Near the door of the temple, there is a Nandi statue. As per belief, you just have to request your wishes to Nandi into his ears. He will surely help you in fulfilling them.

Another story about the Pashupatinath avatar is that once Shiva and Parvati were having the visit to this place. Both of them were so much attracted by the beauty of this place. Therefore, they turned themselves into deer to have some time there with a hidden identity. Also, they recognized the place very best for spiritual activities. When it went too long to get Shiva and Parvati returned to Kailash, all the gods requested them to get back soon. But Shiva and Parvati ignored the request, and so there happened a battle between Shiva and Other Gods. During the battle, he lost one of his antlers that turned into the first Lingam for worship.

According to belief, the temple today is not at the place of its origin. The original temple was built at the place where Shiva lost his antlers.

The inner temple courtyard opens every day from 4 Am to 9 Pm. Devotees can do the Lingum Pooja in the morning from 5 Am to 12 Pm, and in the evening from 5 Pm to 7 Pm. The Timing for the Abhishekam is 9 O’Clock morning to 11 O’Clock morning. Also, you should know that you need to have the valid ID proof to get entry to this temple. It’s one of the Hindu temples where non-Hindu can't enter, and therefore, you need to carry the valid ID proof with you.

This temple gets the honor to be one of the seven heritage Sites of Kathmandu Valley of Nepal. Also, the Idol that we worship here in this temple is also the national god of Nepal.