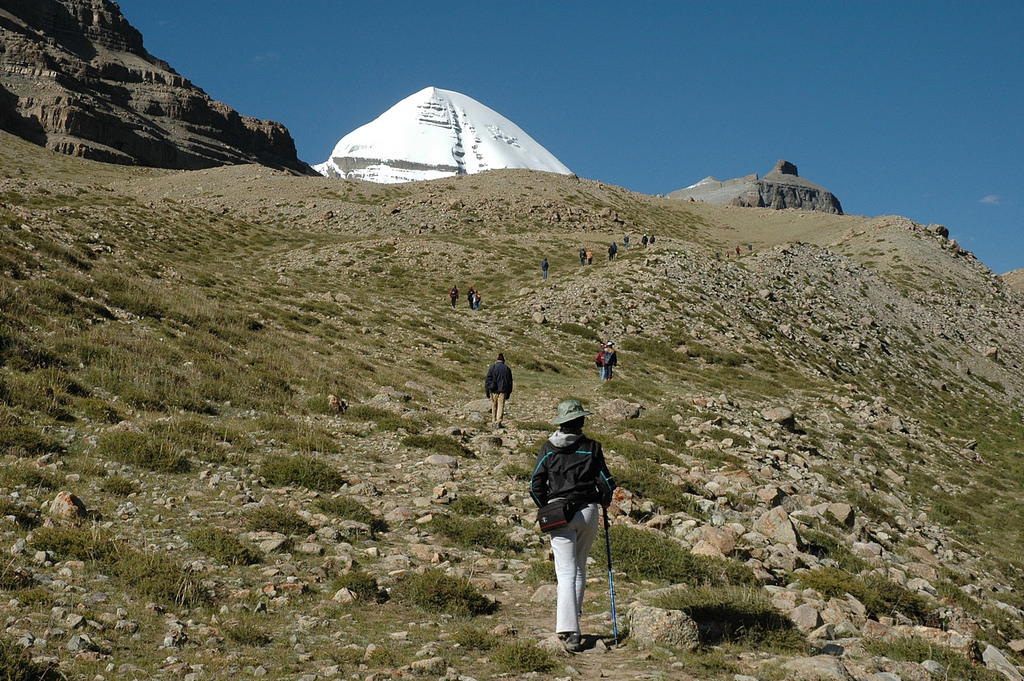 Ashtpad is at an elevation of 4900 meters (17000 feet). About Ashtapad, that literally means Eight Steps, is the place where the first Jain Tirthankara Shri Rishabhadev Bhagwan. He attained Nirvana (salvation) there. Therefore, a religious place for Jains too. So, The southern face of Mt. Kailash has the Meru Danda (spine) running through its middle. This is the most gorgeous view of Mt. Kailash. As per Jain mythology, Bhagwan Rishabhanatha is the god of civilization. He has a very respected position amoung Jainism.

If you want to know about Ashtapad, you also see the loveliest Nandi peak, of which Lama Govinda says in his book (The Way of the white clouds) – “Before the valley turns to the north-east is a rock rising thousands of feet sheer from the bottom of the valley, shaped like the sacred Nandi bull, with its head raised towards the summit of Kailas, as if looking lovingly at its master”.

Ashtapad has its two peaks, the first one is Nandi Parvat, and the second one is mount Kailash. Both of these peaks have endless beauty. No can ever explain this beauty in words. However, some of the writers tried doing so, but could not succeed. On Nandi Parvat, there is a beautiful Hindu Temple.As per Hindu Mythology, The Chakravarti Smraat Bharat had created that amazing temple. As per Hindu Mythology, he is the ancestor of Pandavas and Kauravas. Therefore, the temple has its great historical importance. On the Mt Kailash, there are Hindu temples that are made by cutting mountain rocks. Also, as per Jain Shastras, there is a place named Sidhalay. It is a very auspicious place in Jainism.

Here, in the Sidhlay, you may see the 200 feet tall Digambar Jain Statues. These Statues may amaze you all the time. Therefore, It’s very clear that place is auspicious for both Hindus and Jains. However, It’s not easy to get to this place though, but the beauty in addition to bhakti associated with this place acts like a magnet to attracts Pilgrims. Therefore, if an individual gets the chance to see this place, he should feel lucky. However, the Asthapad is not so famous as that of Kailash, but it is equally important religious part of the pilgrimage, and therefore highly auspicious.