Kailash Mansarovar Pilgrims Cross Over To China From Nathu-La 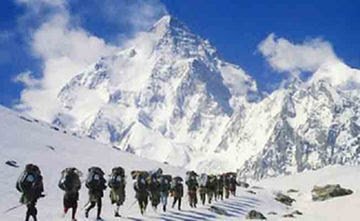 The first batch of the Kailash Mansarovar pilgrims crossed over to china. That batch had 31 pilgrims and two liaison officers. They all successfully crossed over to border through nathu-la in Sikkim today. This is the first batch of pilgrims going via Nathu-La route. Pilgrimage were stopped after the Dokalam dispute. India and China had agreed in April to resume the Kailash Mansarovar Yatra through the route. Minister of State for External Affairs V K Singh had in a written reply to a question in the Lok Sabha. He said the yatra for 2018 though Nathu-La would take place between June and September.